The QCBS’s mission is to improve Quebec’s capacity to monitor and predict the state of its biodiversity and ecosystems in order to make informed decisions, both for the management of the province’s biodiversity and to account for its international commitments in this area.

The QCBS has realigned itself with a group of researchers and collaborators who are fully committed to this new vision. Through its partnership with GEO BON, the QCBS now have provincial, national and international dimensions to its research. The new research program is strategically structured around four axes that support biodiversity monitoring and prediction to assist in better decision making (see below). The QCBS is stimulating research in each axis and creating strong interactions between them, facilitating the transition from observations to action.

The scientific programming is structured around four research axes. A scientific director who sits on the executive committee coordinates each of these axes. Currently (2021), the science directors are:

Dominique Gravel is also on the executive committee as the representative of the Quebec Biodiversity Observation Network (Quebec BON). 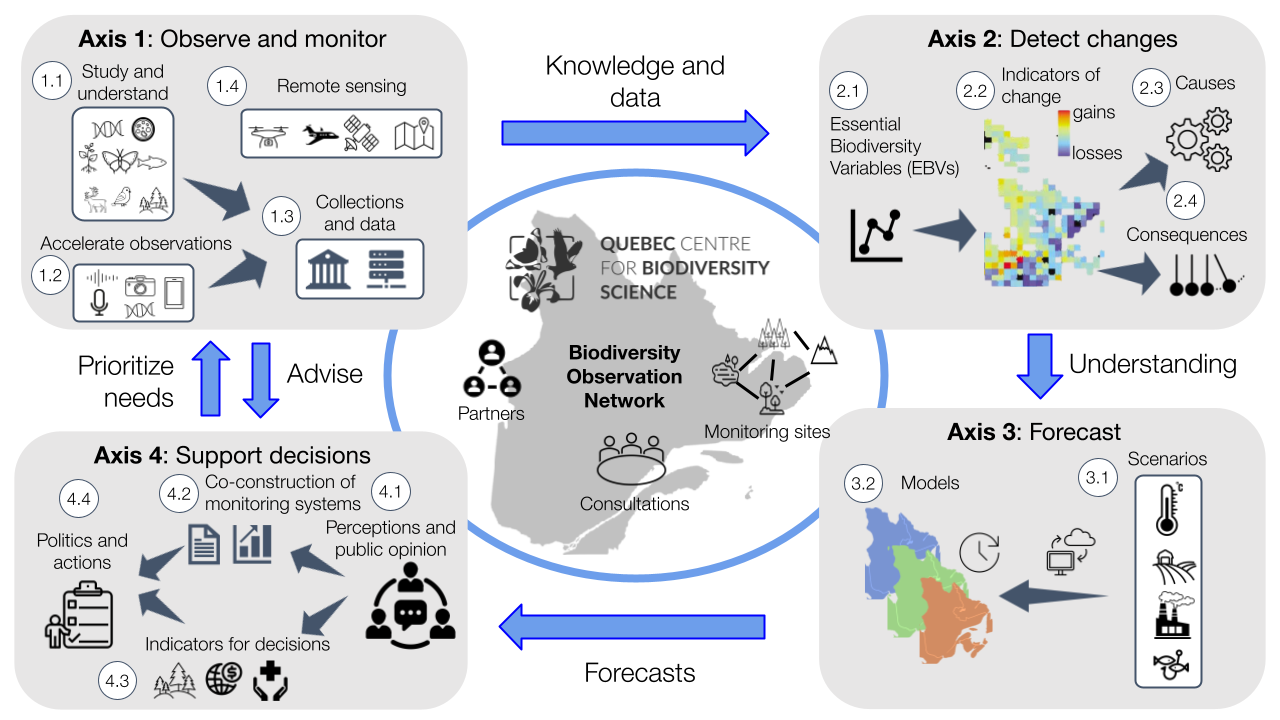